There’s nothing better than finding a new TV show and realizing there are already multiple seasons available because you were late to the party. I recently came across a British reality TV show, called Taskmaster. The show includes the Taskmaster, Greg Davies, British comedian, with his sidekick, Alex Horne, who judge 5 comics while they compete in a series of nonsensical tasks.

I think the beauty of the show is there is a subtle undertone of intelligence throughout the show with some tasks completed using creativity and logic while others are sheer luck or just for laughs. What makes it so addicting is you get to watch the way these people approach tasks like, “” or “” and you get real insights into their minds and how they think. Some are loud and expressive; some are quiet and thoughtful, and some are shady, and some find the loopholes. It is beyond silly, but it can be quite surprisingly clever and creative.

You can learn a lot a person and the way they approach tasks. And it is one of the reasons why organizations will use task-oriented questions during interviews – to understand how the person thinks and works under pressure. However very rarely are the tasks so outrageous like, “make an exotic sandwich” or “throw a teabag into a mug from the furthest distance”. However I seem to believe that the business world can learn a lot this show and so does Forbes, who wrote this article on it.

“The tasks encourage people to think laterally, creatively and on their feet. Players need to be both tactical and imaginative, working out ways to achieve quick solutions to problems while, ideally, having fun. So in that way, it’s a sly way to get people to practice strategic thinking” – Alex Horne tells Forbes.

Coming out of a tough year and as organizations think about what the future of work looks like for them and their employees, play is increasingly being needed to be injected back into the office. For (an extreme) example, slides, swinging desks and Lego parties, are a part of Googles culture. According to Forbes, play has been shown to decrease absenteeism, stress, and healthcare costs. And it is also a great way to unleash a team’s creative ability for a corporate organization looking to build cohesion, have fun and reinvigorate the offices after working remotely for so long.

Give the show a try if you haven’t already. And through the silliness, you just might come up with your next strategic thinking or team building activity! 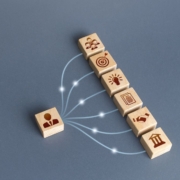 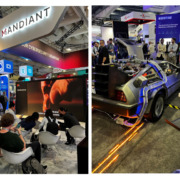 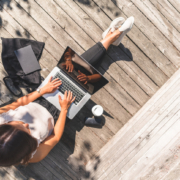 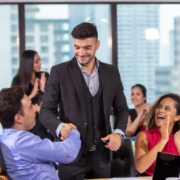 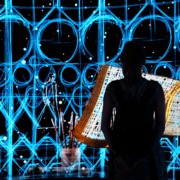 The Value of Human Imagination in a World of AI

A Logo is Worth a Thousand Words