With coronavirus hogging the headlines and stripping big box stores of face masks purchased in a panic, it’s a good time to visit some of the worst pandemics of the past 100 years and get some basic information.

It’s not comforting to know that the past century has seen some of the worst pandemics.

Transmission of hand-borne bacteria from health care providers to patients is a huge problem. Yet, the Chicago Tribune reported last year that doctors and nurses clean their hands only half as often as they should. These folks are trained to know the risks, yet, they slack. Now think about us average Joes and Janes, shaking hands with strangers, handling door knobs, toilet handles, restaurant tables, etc. After a few hours, we’re doubtless Petri dishes of disgusting bacteria.

Mercifully, frequent and thorough hand washing (with special attention to the fingertips) with soap and water is enough to prevent coronavirus spread. It’s even more effective than hand sanitizer (which has to contain at least 60% alcohol to be effective).

Per CBS News: “Beyond that, the CDC advises that, whenever possible, you should also avoid touching your eyes, nose and mouth with unwashed hands, avoid contact with sick people, cover your mouth when you cough and sneeze, and disinfect objects and surfaces frequently.” 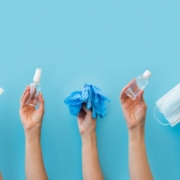 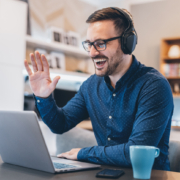