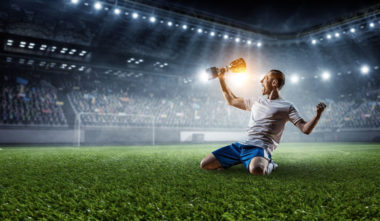 Over the past two decades, the game of football (soccer) has witnessed unprecedented growth in the United States. Major League Soccer is experiencing record revenues, and record crowds, and is attracting some of the world’s best players, competing head-to-head with European league and the Chinese leagues where money is no object.

Major US cities now all boast an MLS team (two for NY and LA), and there are more schoolkids playing football in school than baseball, basketball and American football added together. Simply put, the game is exploding, particularly at the youth-level. On any given weekend, you can watch club games from any major football league in the world on TV, or online.

#1. Cost of entry. Football is an extremely affordable game (cleats or runners and a ball), versus having to expend hundreds of dollars on padding, helmets, gloves, bats, balls, basketball hoop, etc.

#2. Accessibility. Visit any park, beach or common area these days, and there’s usually a game being played. Football really is a game that can be played anywhere.

#3. Easy to grasp. With the possible exception of the offside rule, football is an incredibly easy game to understand for the neutral, when compared to other major league sports.

#4. A more educated audience. Not too long ago, Americans struggled with the concept of a 0-0 tie in football, just as Europeans have struggled with a 0-0 tie in baseball, even though it could include something as meaningful as a no-hitter. No longer do audiences depend on goals, goals, goals to recognize the strategy behind a great performance or a great game. Don’t get me wrong… goals help which is why more of us know Lionel Messi than Nicolas Otamendi, from Argentina, but the days of football being all about goals for the educated American are in the past.

#5. Global appeal. Football has been played around the world for centuries… from the plains in Africa, to the beaches of Brazil, to the local park in Europe. As the world becomes increasingly

globalized, football is the one game that transcends borders, cultures and races.

#6. Commercialization. Forever dependent on the TV commercial break to make money during major league sports that are always stopping and restarting, media companies are now finding creative ways to monetize the “beautiful game” with match sponsorships, subscriptions, value-add coverage, and social media to name but a few. The appeal of football has forced media companies to be more creative, at a time when more and more brands are trying to reach a global audience.

#7. Equal appeal to both sexes. The women’s game is growing at a faster pace than men’s. In Europe and in North America, all of the top teams have a women’s franchise, and there are record revenues coming into the game, as advertisers look to reach the all-important female demographic.

#8. Rising standard of the game in the USA. While the men’s team missed out on qualification for the 2018 World Cup, the standard of the football they play continues to rise year-over-year… a trend that will likely continue for the foreseeable future. And the women’s national team is consistently ranked among the top in the world, further inspiring the next generation of young female athletes across the continent.

Which brings me back to my up-front question… with the interest in football rising at such a fast pace, and with the eight factors above all driving future growth – will the excitement and buzz of the World Cup in 2026 be a tipping point for major league sport in the US, with the potential for football to take over as the number one sport? While basketball, baseball, and American Football will likely all be mainstays of the sports scene in some way (like hockey and golf today), will the sheer number of people watching, playing and sharing the beautiful game result in a more permanent shift in the US sporting landscape?

It will be interesting to see how this plays out.

Belgium, as they have the best player in the world right now, in Kevin De Bruyne.

Hope that you all enjoy the semi-finals this coming week, and the final on Sunday. Here’s to a great game. 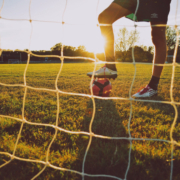