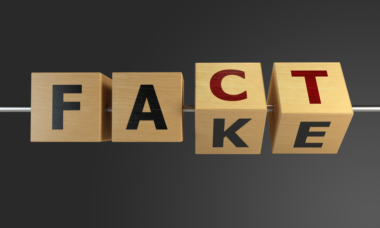 Are you someone who leans toward “ownlife?” Perhaps you are perpetrating a “thoughtcrime?” Questions you’d ask yourself in the world of Big Brother in George Orwell’s 1984.  These propaganda terms helped influence the minds of the citizenry to maintain control of them in support of the cultish almighty leader.

In the book, the labels came in handy when needing to get everyone to turn against others: “ownlife” is the term for one who is subversive for being individualistic. Not being clone is bad, right?  Or, if one expresses disbelief of certain social or philosophical principles, one would be committing a “thoughtcrime.”  All must buy into the narrative, you see.

As a huge fan of the book, I’ve read it cover to cover twice and re-read a few passages more than that. I’ve always loved how powerfully Orwell conveyed the message: be very careful about what you believe when the government speaks to you.  Be a critical thinker.  Don’t just repeat the mantras being drilled into your head, examine them.

This was very important to teach people at the time when Orwell wrote the book which was first published in 1949.  Right beforehand, the World War II propaganda machine had misled the masses via atrocious spin-doctoring that regularly lied to all and worked insidiously to communicate non-facts.  For example, the phrase placed over many entrances to concentration camps was: Work sets you free.  Ironically, work never led to freedom and ultimately, for many, resulted in extermination. Gruesome propaganda indeed.

I keep Orwell’s clever teachings in mind and continually watch for any sign of such government-supported false messaging. A great piece of literature can tell a fascinating and heart-wrenching story while also relating an important message that stays embedded in your mind as a life lesson.  For me, watching out for distracting or misleading political spin became my mission.  So, needless to say, when I started hearing modern-day terms like “alternative facts” and “fake news” I went into Orwellian shock – feeling like the main character Winston in the book and wondered “are people actually buying this?”

Since then, I’ve kept a close watch on the aggregate polls as indicators of trends. Thankfully, the masses don’t seem to be increasingly buying into these suspicious new concepts.  I guess since the U.S. does not have a “thought police” to come storm-trooping into your home to arrest you for disbelief, people are able to brazenly think critically.  Which is nice. Thankfully, in today’s current propaganda war, Big Brother is not winning…for now.

Capitalize on Your Successes