The European Space Agency (ESA) launched the Gaia space observatory in 2013. Its mission is to “chart a three-dimensional map of our Galaxy, the Milky Way, in the process revealing the composition, formation and evolution of the Galaxy.”

Using Gaia data, astronomers have created the most detailed 3-D map of the galaxy ever. “The star atlas includes the positioning and movements of 2 billion known stars that dot our galaxy, including their coloring, brightness, and the first visual evidence of the acceleration of our solar system. What’s more, astronomers were also able to map the Milky Way’s neighboring galaxies.”

The most fun is watching the of the orbits of nearby stars as they traverse the galaxy, orbiting the supermassive black hole that sits at the galaxy’s heart.

It’s good sometimes to be reminded of how small a part we are of something so huge. 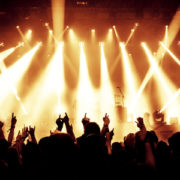 Seeking Inspiration as the Year Draws to a Close

My Guilty Pleasure in 2020
Scroll to top