Every year, extra time means extra attention available for movie watching during the holidays. In these days of streaming, a few of the best movies this year can be had online. But if you’re needing to get out to the cineplex with family or friends, and also want to avoid this year’s holiday blockbuster Star Wars: The Rise of Skywalker, here are some suggestions:

A couple of other suggestions that may be harder to find:

If staying in and watching a movie on the small screen is preferred, the streaming services are currently playing a number of great films released over the holiday season (and some from earlier this year), they include:

Hope you find some of these films an enjoyable way to spend 2-3 hours at the cinema or curling up next to the fireplace this holiday season.

Feel free to drop us a line if you’ve got other suggestions and happy holidays to all! 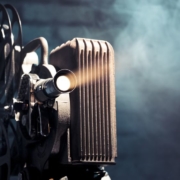 Watch some old (and I mean really old) movies

Best of the Year
Scroll to top