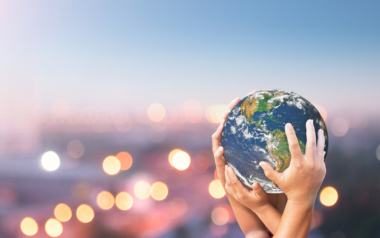 I casually asked my eight-year old what “Citizen” meant.  He answered with “A person who is good to other people in the city.”  I challenged him a bit on if someone was travelling, and in another city, how could someone still be considered a “citizen”.  He decided that whatever “city” someone was in, if they were good to the people there, they would be a citizen.  His definition worked –for himself and me.

As David gets back this week from his fifth visit to the Mpondwe Lhubiriha Secondary School in Uganda, where the Ideba team supports many different projects, I think about the word, citizen, and how it is instrumental to our values. To the contributions we can make to be true citizens of the world. From Hillsboro to Texas, Florida to Uganda, contributing where we can is at the heart of our mission.

In short, being good to others shouldn’t be a debate. But how people may choose to express that belief is where actions drown out empty words. Today, our notion of citizen is debated in terms of human rights.  And soon, artificial intelligence is putting ethical dilemmas on the table. Our traditional notions of citizenship are being tested.  And we are failing.

But at Ideba, what a small group can do is where we can see results. We can ignore the partisan failings and government ineptitude to instead focus on hyper local issues. And hopefully, that is reinforcing values to ourselves and the people we share that with.

Ideba in One Word: Unity