I tried to write a blog on the new short-form social video app, TikTok, and why it has become so popular with younger generations. Is it just a matter of generational understanding? Or it is social channel improvements via artificial intelligence? Many people who don’t use TikTok, have no idea why it became so popular and as more and more celebrities and users join, the more FOMO (fear of missing out) I feel. But after a lot of research (more than I’d like to admit), I still have no clue what exactly it is and why it’s so popular. As a Millennial, that is a new feeling for me – not understanding a new social channel. And that brings me to my new topic, generational differences between Millennials and Gen Z (born 1997 or later).

Technology is probably the biggest difference that sets these two generations apart.

Business Insider stated Millennials spent much of their childhoods without social media or smartphones. As a younger millennial, floppy disks and cassette players are a distant and faint memory, while the transition from CDs to iPods and flip phones that connected to the internet was a wild time! Whereas many Gen Zs don’t know a world before mobile technology.

Growing up in different economic environments.

Millennials mostly grew up during healthy economic times, but are now not as well off as their parents. According to the Urban Institute, less than half of Millennials think they are better off than their parents were at their age, compared to 55% of baby boomers. However, Millennials are still a very overly-optimistic generation despite the circumstances.

Gen Z childhoods were through the Great Recession and grew up learning how to be frugal. In a survey, nearly 10% of Gen Z teens said their number 1 generational issue relates to the economy and debt.

Teens with summer jobs are down 9% from 54% in 2006 to 43% in 2016. Instead, they are making money from self-employed jobs like making money off a YouTube or Instagram account to selling on eBay, to baking or teaching piano lessons.

While Gen Zs seem to be more individualistic, much of their social engagement is around social entertainment and less around originality. This is probably why TikTok and Snapchat have become so popular with this generation. According to TechCrunch, “TikTok isn’t about you and what you’re doing. It’s about entertaining your audience” It’s not about originality which is the heart of Instagram and deeply loved by Millennials. TikTok is about remixing and a new copycat culture where taking the audio from someone else’s clip and re-imaging or remaking the video, in hopes that other users will share and copy their video, causing a chain reaction to ultimately become famous on TikTok.

So yes, Millennials and Gen Zs have some similarities being the two youngest generations, however there are many differences especially in technology and social engagement. But in closing, Millennials are feeling left out and you know how we are sensitive snowflakes, so if Gen Z could cut it out already and let us in on the inside jokes, that would be great.

I would write about this more, but my avocado toast is waiting for me. 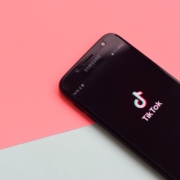 Am I Supposed to be Using TikTok? 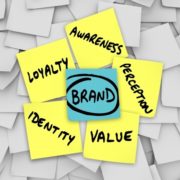 The One Thing Millennials Haven’t Ruined (Yet) 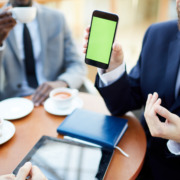 The beautiful chaos has given us some entertainment the past few weeks. Some of my favorite stories: 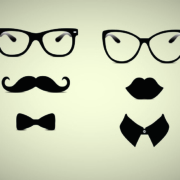 Saying Goodbye to the Hipster