Years ago, Pluto was downgraded from planet to a dwarf planet, which reduced the number of planets in our solar system to 8. However, scientists think there is another planet, several times larger than earth, hiding out there. They call it Planet 9.

How, you wonder, could a whole honkin’ planet be “hiding” in our own solar system. National Geographic reports:

“The unseen planet is predicted to exist based on its apparent gravitational influence on a group of small objects with odd, clustered orbits. But so far, searches for it have come up empty, and critics contend that the hints of its presence are just ghosts in the data.”

“Now, a new analysis predicts that if it’s out there, that skulking planet could be closer, brighter, and easier to spot than previously estimated.”

They think the ghost planet orbits the sun every 7400 years as opposed to the early estimate of once every 18,500 years. That means that it comes closer to the sun than thought and might be visible to earth-based telescopes at certain times.

Then again, some scientists think the planet is a myth. Again, from National Geographic:

“…over the years, skeptics have suggested that the gravitational signatures betraying Planet Nine’s presence are nothing more than observational artifacts. The apparent clustering of distant objects’ orbits doesn’t reflect the influence of an unseen world, critics argue, and is instead the result of natural biases in sky surveys.”

The depressing part is that when it comes to space exploration, we are so much like the primates in Stanley Kubrick’s film, “2001: A Space Odyssey,” grunting and smashing our bones before the obelisk we don’t understand. We know a lot, but what we know is a shockingly small fraction of what there is to know. Raised on fiction of faster than light travel, we’re still setting off crude bombs to shoot phallic symbols that peek above our atmosphere.

We danced on the barren husk of our moon, declared it a milestone, and when we realized it wasn’t, pretty much forgot about the whole space thing. Scientists dutifully study and calculate, but they’re having trouble deciding if a gigantic planet in our relative backyard exists or not. We are so far from the images we had of ourselves decades ago when we assured ourselves we’d “conquered space.”

If anyone wants me, I’ll be gnawing on that mammoth bone over there. 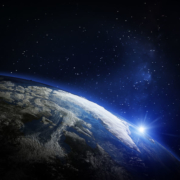 A Life of Science to a Life of Business 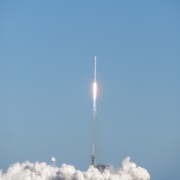 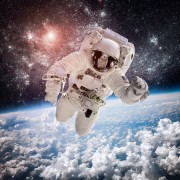 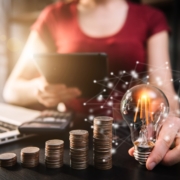 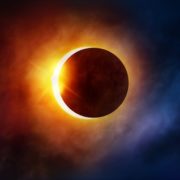 Some of the Fun Things Happening

In My Opinion, Google Earth is the Single Most Amazing Technology Available...
Scroll to top