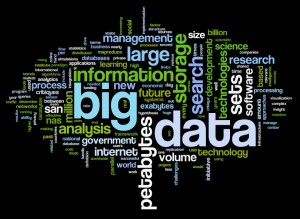 We’ve all observed the overt creation of mainstream slang terms by tech giants like “Google it” transform our daily lexicons.  But what about the insider terms created and used only in corporate enterprise settings?  There have been a lot of them and many folks lounging in the small to mid-market business space have missed out.

That is sad.  So, I have to share a few nuggets of what some folks are missing…those non-corporati among us.

Where is this coming from, you ask? Well, I’ve personally had to adjust my understanding of various terms due to culture vultures within tech companies. I’ve served many over the years and they all create their own magical terms.  And they are oftentimes the only ones to ever use them in such contexts.  Which is fascinating from an etymological perspective.

Going way back to the days of wandering the halls of Sun Microsystems, HP, and Microsoft, I’ve heard a lot of terms come and go. HP was the fist to adopt across the enterprise “give visibility to” in lieu of simply saying “show.” More words instead of less? I was perplexed.

Lately, however, I’ve heard a few terms that actually make pretty good sense. Instead of “provide out to the seller community” you can simply say “land.”  Now that’s efficient.  As is saying “surface” to shorten the phrase “show on screen.”  You can probably guess where that last term’s been adopted.

We live in fascinating linguistic times.  Feel free to share your own observed techie terms with us here.

The Air BnB Effect: How the Sharing Economy is Changing How We Live Should My Co-Workers Know How Much I Make?
Scroll to top