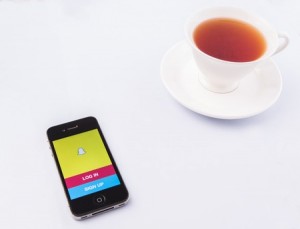 Snapchat, the photo-sharing app that allows users to send self-destructing photos or videos to their friends, has come a long way since it was first launched in 2011. Admittedly, I didn’t see the appeal of the app when it first came out. But, as time went on and more and more of my friends adopted the app, I began to see the fun side of being able to share a 10 second piece of your day, be it a simple update on what you’re up to or something interesting you came across.

Recently, however, Snapchat has updated their offering and introduced new features that have changed how users interact with the app. As a now frequent “Snapchatter” the feature I most enjoy is “Our Story” which allows users in the same region or at the same event to add their photos to a public stream, viewable worldwide. Being able to see all different parts of the world through the eyes of locals is a unique spin on globalization through social media. Of course, it’s possible to find social media content from all over the world on other platforms, but Snapchat places the world (literally) at your fingertips, making it easier than ever. Another fun feature is that of “geo-filters” that allow users to place images and content related to their current location on their Snaps to let friends know where they are in an interesting way.

More recently, companies have seen the advertisement potential of Snapchat. Placing content directly in front of over 100 million consumers in the form of sponsored filters or video content viewable in the same way as “Our Story”, creates global reach quickly and simply. However, advertising with Snapchat costs $750,000 for one 24-hour ad – obviously, making certain companies question the value. Companies like McDonalds and Samsung have invested in the disappearing ads, but Snapchat shows no sign of altering their price to be more accessible. Twitter and Facebook both offer advertising capabilities to smaller businesses, and in time, Snapchat may become a key player in social media marketing – a far cry from its humble beginnings – if it does so as well. Whether or not a constant stream of advertisements would be enough to deter users from continuing to use the app is hard to say. On one hand, no one wants to be bombarded at all times with marketing efforts, but Snapchat is already designed to let users choose what they watch. Most often, a user will watch the “Stories” posted by their contacts, even if just to get rid of the icon of the story, instead of hiding the post, which is also an option. If Snapchat removes the ability to hide advertisements and lets users decide to either watch the ad or ignore it for 24 hours, the number of views would likely be extremely high compared to other forms of marketing. The added advantage is that Snapchat can presumably keep track of how much a public post is viewed as it does with users’ private posts and the user will feel that they made the choice to consume the ad, while companies can monitor the impact.

As Snapchat continues to evolve, it has matured from its original image and has shown potential to develop into a valuable tool to global companies. For now, keep sharing your brunch photos and your selfies and time will tell where Snapchat will go next.