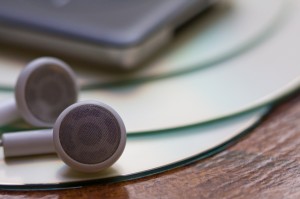 Within the arts, I needn’t catalog the benefits of digital technology. It puts music, literary triumphs, as well as images of paintings and architectural masterworks at your fingertips. It provides the most efficient means of information dispersal known to man so more people can theoretically learn about new works with less effort.

Within my lifetime, music had a physical presence in the form of an instrument, a piece of vinyl or a CD. It was there, like a house or an orangutan. It had form and permanence—an existence of its own, outside of me or anything else.

That’s no longer true. Digital music has no discrete presence. Joseph Szigeti playing the Bach Violin Sonatas is now just part of my digital grab bag, along with Weed Firm and Toilet Time. The music has no physical presence; there is no longer anything there. I am encouraged to manipulate it, slice and dice it to suit my taste or my whims instead of abandoning myself to the composer and performers’ visions.

Technology has taken something to which we used to give ourselves—an artist’s vision—and turned it into something we can twist to function on our own terms.

“Half a century ago, the overwhelming choice was to buy and listen to whole albums. Today iTunes, the largest music store in the country, sells individual tracks that listeners can mix and mash in personal audio-collages. (I listen to a lot more mixes than albums, and even when I listen to albums, I find the songs through mixes.) We, the listeners, now exert much more control than original artists over the narrative of our musical experience.”

An act previously tinged with selflessness has been transformed into one that we can make completely self-involved. By reducing recorded music to impermanence, by removing its physicality, we have made it less demanding, more manipulable, and thus our attitude toward it changes from something to which we give ourselves to something we take. It serves us now, whereas previously, we had to prostrate ourselves before it, at least to some degree.

The experience of an act impacts our perception of that act. The physical act of listening to music has changed, and because of that change, our experience of the music is different. We have greater access, but less reverence.

Your Company Needs to Use Visual Social MediaNo Sugarcoating Here!
Scroll to top