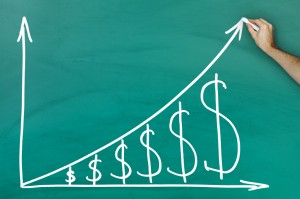 Lately I’ve run into the topic of salary transparency and I’m not sure what to think. It first came to my attention while listening to a Planet Money podcast. The idea seemed strange at first, but in my previous career as a teacher my salary was publicly available and the same is true for most, if not all, government jobs. There are even large companies that have transparent salaries. Whole Foods is one such company. They have made compensation data for all employees available internally since 1986. But salaries are an uncomfortable topic regardless of whether you are talking to friends, peers, or the boss. So why would a company want to implement salary transparency?

Worrying about compensation can cause employees stress and reduce their focus and productivity. A study conducted at UC Berkley showed that such transparency improves employee effort by an average of 10%. Additionally, if the path to advancement is clear, employees can spend less time worrying about how to impress those above them and focus on creating impressive work. Transparency can also help employees feel more valued which reduces employee turnover. They know how their skills and the skills of those around them are valued, and that they are being paid fairly. Salary transparency can also prevent wage discrimination.

It’s hard to argue with the benefits of transparent salaries even though the concept feels a little uncomfortable on a personal level. I’m not sure I want to know what everyone around me makes, but it seems like the benefits probably outweigh the social awkwardness that might ensue.

Do you think that companies should be transparent with compensation data? Does your company have transparent salaries? Leave a comment below – I’d love to hear your thoughts!