In my youth, I enjoyed a total eclipse.  I was in school and stared through exposed x-ray film as the moon slowly blotted out the sun and darkness fell. It was cool. 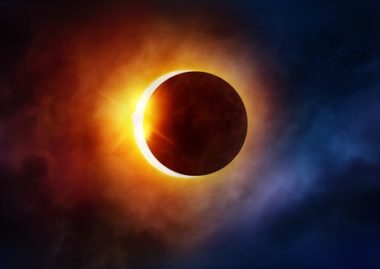 (Yes, I know that exposed x-ray film is not a safe medium through which to view an eclipse. However, I am of that generation whose mothers smoked and drank their way through pregnancies, walked ourselves to school from near-infancy, never heard of a play-date, had no cell phone tethers to adult supervision, and roamed unsupervised during most of our free time with nary a fear of abduction.)

Decades later, I completely slacked on getting proper eclipse glasses and so simply waited to experience the darkness a partial eclipse might bring here in Northern California.

The time came and I sat outside. The temperature cooled, a slight dimming occurred… and that was it. I glanced in the sun’s general direction only to be typically incapable of looking anywhere near it. I figured something was wrong.  I actually went inside to check the computer to make sure the partial eclipse hadn’t been cancelled or something. Alas, the Internet told me that only a sliver of sun was showing outside.

I may not have seen the eclipse, but not doing so palpably awakened me to the inconceivable power of the sun. Just a thin slice of it lit up my whole world. Glancing near its tiny visible slice was instantly blinding. Then, when it fully re-emerged, I felt its burning heat on my skin from 93 million miles away. An orb in the sky can burn me from a distance so great I can’t even fathom it.

Healthy to be reminded of the order of things now and again. 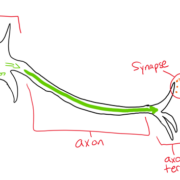 A Quick Lesson in Neuroscience 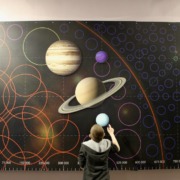 I am depressed about Planet 9.

A Life of Science to a Life of Business

Giving Back — Back to School Edition

Sitting With a Celebrity
Scroll to top