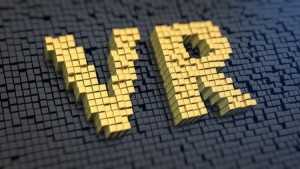 The next big thing will be taking new media by storm in 2016: virtual reality (VR) marketing. First graphical Internet browsers created the biggest new promotional venue of the millennium and then social media produced a follow up round of attention grabbing. Next year, we’ll all start seeing the newest opportunity: capturing people’s attention inside their VR experiences.

The news about the most prominent player, Oculus Rift, launching its long-awaited headset in early 2016 has set up this new landscape for less than a year from now. Add competitors like HTC’s Vive, Sony’s Morpheus, and Microsoft’s less immersive augmented reality device HoloLens as upcoming device options and we’re talking about a feeding frenzy the likes of which we last saw during the iPad & Android tablet boom when that device form factor blew up.

Unlike tablets, however, VR will not be able to take advantage of the same advertising mechanisms that were already set up to feed the browser world. In the case of those hot, new tablet devices, a few tweaks to format for responsive sites and banner sizes and all of the same promotional engines could be used to stimulate product and services sales on them. For VR, it will be an entirely different game.

Cutting-edge media development capabilities will be required by marketers and it’s not just gaming and the entertainment industry that will be heavily served by VR. Other industries like education and manufacturing already plan to use it for training and industrial design processes…and it certainly won’t stop there. VR will connect to the Web and there will be new promotional options and what gets created for this format will take a unique kind of imagination. There will surely be a stark need for know-how on promoting within VR and a steep learning curve. However, the impact of that creative output will have a more profound effect than any other form of advertising. We’re talking about “feeling” the products that will be promoted…an amazing leap.

Tell us what you think about the upcoming VR marketing boom here…we’d love to hear your thoughts.