As time goes on, technology continues to evolve. We used to use our cell phones primary for phone calls. At least I did. Then, it expanded to include texting, emailing and taking pictures. Now we use them for almost everything. From posting on Facebook to transferring funds to/from a bank account, there’s almost nothing our phones can’t do. I can literally turn on most lights in my home (and even change the colors), operate the TV and check all of my cameras just from my phone. As convenient as it is to complete tasks with the movement of a finger, this also poses a pretty severe issue. 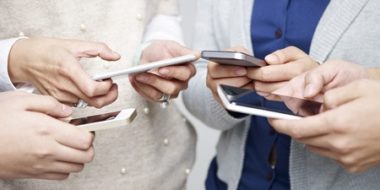 Cell phones are entirely too distracting. Because they are so convenient, it makes it hard for people to live without them. I’ve attempted to have several conversations with people that were so connected to whatever was on their phone they didn’t even notice they were ignoring me. I had someone ask me a question, yet didn’t pay any attention to my response. Then they literally asked the same question again thinking I hadn’t responded. I have seen people physically walk into things, not know it was their turn in line and even had people try to chime in to a previous conversation, not knowing that we were on to another topic. Additionally, there have been a large number of car accidents from people distracted by their cell phone. It’s no surprise that cell phones continue to cause more and more danger.

Don’t get me wrong, I absolutely love my phone. I love that I can text someone and not have to pick up the phone. I know that probably sounds terrible, but some days it’s true. I love that I can scroll on Facebook and Instagram to see what’s going on with my friends and family. I love that I can check the news without needing to turn on the TV. What I don’t love is that cell phones have eliminated the desire for human to human interaction. I love customer service and talking to people (most days). People are too distracted by their cell phones to have an appreciation for other people. I have given up on trying to have conversations with people while they’re stuck in their phone. Maybe partially because I work from home and don’t physically interact with a lot of people during the day, but I really appreciate a good face to face conversation. It’s so nice to sit down with friends and family to have good conversations and laughs, without our phones.

If you find yourself to be one of those who are constantly stuck in your phone, I urge you to find a way to disconnect. The people around you won’t be there forever. Social media will. Take the time to appreciate the good conversations and experiences. Enjoy life! You only get one.

Maybe tech won’t save us after all