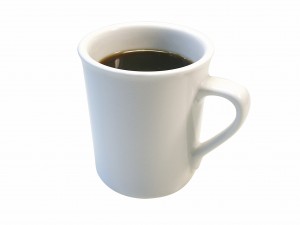 For coffee drinkers, their morning cup of joe is a non-negotiable. It’s the best part of waking up; a sacred ritual that readies us to bring on the day. Today though, unbeknownst to many, is an especially significant day for coffee lovers – it’s International Coffee Day! It’s a day to savor every last sip, to perhaps get a free or discounted cup on the go, and also to spend a moment or two promoting fair trade coffee and considering the challenges of global coffee growers who supply our daily elixir.

Coffee has become the second most traded commodity on earth next to oil, and it’s one of the world’s biggest crops. But coffee is a labor intensive crop that yields a very meager wage for many of the 25 million farmers around the globe. Fair Trade is changing that, providing a guaranteed minimum price, social and economic premiums, and much more. This is why it’s so important to support ethically grown and traded coffee.

With that said, as my own salute to International Coffee Day, I have dug up a number of ‘fun facts’ about coffee from across the web that you might enjoy (along with another cup of coffee):